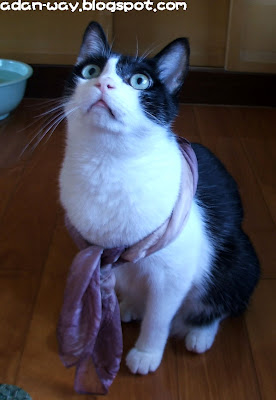 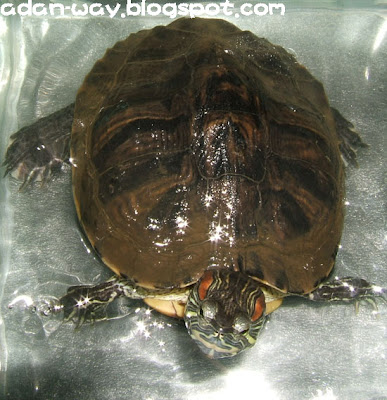 ASHIRA used to be a very small turtle, the size just like michico's palm (without fingers lengh). Seven years ago, michico moved ASHIRA into the bedroom stayed with us, only in 1 year, the size of ASHIRA from 1 michico's palm until michico canNot hold her buy 2 hands. Michico often asked me, what did I do to ASHIRA, why could she keep her small size for 5~6 years, and grow bigger just like puffing balloon crazy fast in 1 year. Right now ASHIRA leave me back to balcony, and changed 2 water vats already, because she is growing too big. 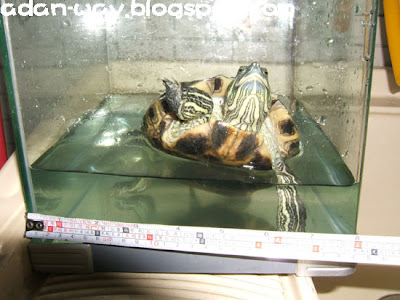 Why named her "ASHIRA"(that is a bad god name in Japan), because she like biting, and calling(that's right, a turtle could has many sounds), athletics, and super good appetite. 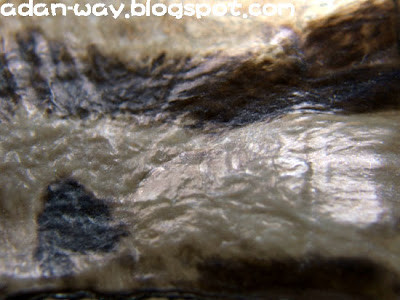 這是阿修羅脫下來的殼...大家看看吧~!
Here is the ecdysis of ASHIRA, take a look~! 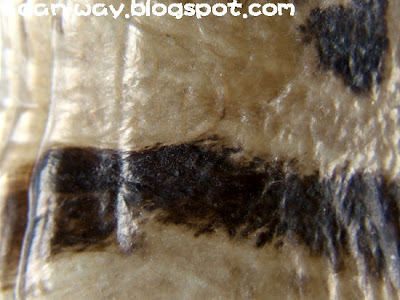 在michico飼養阿修羅之前，送她的人已經養了好幾年，阿修羅肯定超過15歲了~!
Before the man gave ASHIRA to michico, that man keep her several years, so ASHIRA must over 15 years old, even much more is possible. 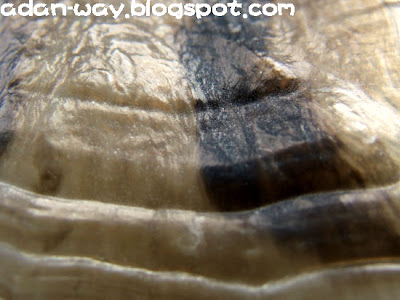 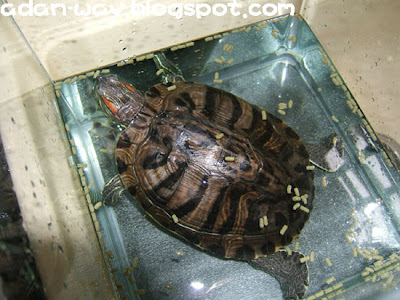 I think that year while I lived with ASHIRA, maybe she thought she finally had a good friend, she might want to grow as big as I am then she could play with me, so... I might the reason that she grow so fast~ 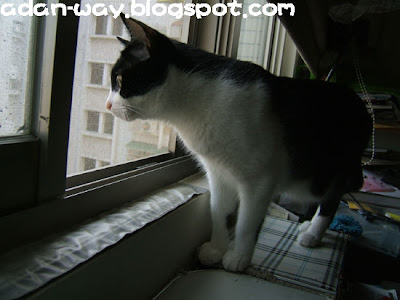 And, just a thing I want to inform my friend, there is a typhoon coming through the place I stay~! 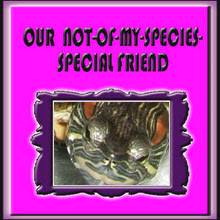 ASHIRA doesn't have any blog, but you guys may visit here to know better about this species.

Wowie, Adan. Ashira is a huge turtle! She is really beautiful. We think that is exactly why she grew so big to be your good friend. What a great NOMSS Friend!
Purrs,
Mr. Chen & Ollie

Thank you so much, Adan, for this wonderful story about Ashira, I loved reading it! What an interesting nomss friend Ashira is! I am sure you were the reason she grew so much so fast because I know you are a good friend!
And thank you for accepting the Dare and reaching out across the species line to others!!!
Your friend Karl

Hello Adan!
Now I am back!
Wow, what a great friend you have in that turtle! She looks very nice and friendly. Have fun playing with her!!

Wow, that's awesome, I think a turtle would be a superduper friend!

Guess what, Adan -- I tagged you fur a meme! Come see my bloggie fur details.

Around Your Wrist said...

What a great special friend Ashira is - that's an amazing story!

Ashira grew very big. I think she must be trying to get as big as you, Adan, just as you thought. She must be a very good friend. Stay safe from the typhoon.

I think that people really love these turtles and such. My sister had a pair of these and they'd jump off and want to swim to you, so that you'd feed them.

:D I want a pac-man frog myself.

Thank you for introducing us to Ashira.

Adam you really have a very special friend, but probably to slow for you to play with, lol !

Hi Adan, like Gattina said Ashira may be too slow for you. So what do you guys play? Or do you just sit around and talk? She was born long before you, 15 years, have she told you some stories?

Anyway, I also tagged you for a meme. It's about "10 Thing I Hate". Feel free to take it if you want. I'm curious to know what you dislike!

Believe or not, actually the turtle is moving very very fast~!!!
Really, next time when I got chance, I record a movie for you~!!!

Thanks for introducing us to Ashira! She is a very wonderful turtle. I think she is trying to grow big so she can play with you. And she is just like me, she likes to bite!

A turtle is a very special friend indeed. She is very pretty but I bet she's not fun to play with.

Stay safe Adan!!! Big storms are not good to mess around with.

Adan, Lynettea and I really enjoyed reading your blog. You have a wonderfully expressive face and are very tolerant. Why do humans like to drape unnatural objects around us?
What a lovely picture of the cat in the Chinese painting further down the page. Maybe it was you in one of your previous incarnations. It certainly looks like you.

Hello Adan! I think it is very nice that you have a turtle to play with!! She must have grown big to play with you - you are right. Thanks for sharing Ashira with us!

Adan, what a wonderful and caring friend you are to all species!
We can hardly wait for the video to be released!

How exciting that you have a turtle for a special friend! Ashira is quite exotic and lovely. I've never met a turtle before!

Purrs and snuggles from Marilyn.

haha....what a cute turtle! I just did an injection on a turtle yesterday....I also had a tutle when I was very young...but I don't remember what happened to him/her.
(can't type in Chinese 'cause I'm at work) talk to you later Adan...

To. mosaic cats
I will record the video, please wait for some more time~!

To. Lulu
* kiss lulu, from Adan * There is always welcome you here~!! You are my sweetest sister~!

I love the first photo. Look at your expression! Priceless!

Ashira is HUGE! The tank looks too small for him though.

What a great friend you made. I love how pretty Ashira's shell is. Make sure your mama keeps you safe from the typhoon.

Tara (not the cat) 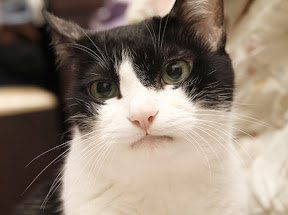 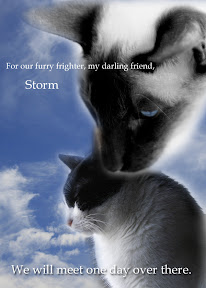 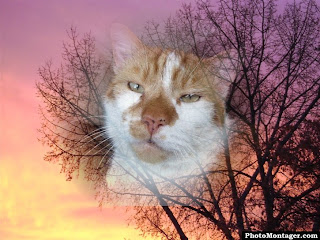 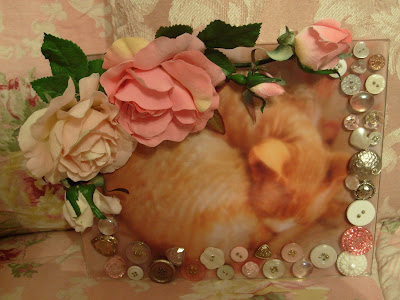 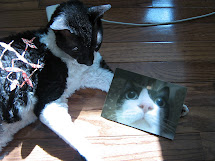